Join us on 21 May 2022 for this 7 day tour to visit the Chelsea Flower Show and 10 exceptional historic and contemporary English gardens in the Cotswolds.

This tour starts in London on 21 May 2022.  Between 18:00-19:00 you’ll have an opportunity to meet your tour leader and fellow garden visitors over complimentary welcome drinks.  The second day will be spent visiting the world famous Chelsea Flower Show.  Here, you’ll see first hand the work of some of the world’s best garden designers.  Over the next 4 days we explore a number of exceptional historic and contemporary gardens in the Cotswolds.  Boughton Castle, with a walled garden laid out by Gertrude Jekyll, Hidcote Manor, the Arts & Crafts masterpiece which is by far one of Britain’s greatest gardens, the all-organic garden at Snowshill as well as the contemporary gardens at Broughton Grange Estate are just four of the 10 gardens that we visit on this tour.  On May 27 we offer a complimentary visit to the newly opened Temperate House at Kew Gardens.

This is the first of three nights that we will stay at the very comfortable Doubletree by Hilton London Victoria during this tour.  With direct access from London Heathrow Airport, guests can check into the hotel from 14:00.  We’ve chosen this hotel not only for its comfort but also its location .  From here you can explore some of the iconic London landmarks and area on foot:  including the British Museum, St. Paul’s Cathedral, Covent Garden, Regent Street, Soho, Hyde Park and Oxford Street.

Meet your tour guide and fellow garden visitors over complimentary drinks between 1800-1900 .  Make your own arrangements for Dinner.

The premier event of the horticultural calendar anywhere in the world!  How better to describe the Chelsea Flower Show, our first destination of this tour?  The Chelsea Flower Show runs over 5 days and because there is so much to see here, we devote one whole day of this tour to let you explore the show on your own.   Today, we’ll leave our hotel early and aim to arrive at the show just as it opens.  As you’ll probably know, what makes this horticultural event very special is that no matter where you go, you will only see the best of the best.  Designers, garden nurseries and horticultural experts from all over the world are pre-selected to compete here to receive a much-coveted Chelsea Gold, Silver or Bronze award.  It is extremely competitive: careers can be both made and broken here.   If this is your first trip to Chelsea Flower Show, your tour guide will provide you with some tips on what to see to match your interests and what has caught our attention at the show.  After spending the day at the show we’ll drive back to the hotel in our luxury coach. Those wishing to stay and explore this area of London some more are free to do so making their own way back to the hotel.

Make your own arrangements for dinner, either at the hotel with its award winning restaurant or nearby at one of the restaurants recommended by the Hotel’s concierge.

After an early breakfast, we’ll checkout of our hotel and leave for the Cotswolds by luxury coach.   Our first stop is Broughton Grange, a garden is set in mature parkland and is grand in both scale and design.  Much of the garden is based on an ingenious design made by Tom Stuart-Smith.  Walking through the herbaceous border we come across a series of gardens of different types the last of which opens out into an 80-acre arboretum.  The garden also features an exceptional walled garden created in 2011, greenhouses as well parterres de broderie in box which trace the veins of a beech, ash and oak leaf.

Before we visit Broughton Castle the second garden of the day, we’ll stop off and have lunch in a traditional English pub. Broughton Castle is a moated Elizabethan castle with a walled garden laid out by Gertrude Jekyll.    Around the castle are lawns and herbaceous and mixed color themed borders.  Weather permitting the these will be at their best during our visit.    Elsewhere in the garden we’ll come across a knot garden created in the 1890s from roses and lavender.

We leave Broughton Castle and make our way to the Greenway Hotel, a 16th century luxury Elizabethan Manor House hotel and spa set in 8 acres of grounds with a view of the Cotswold Hills.  With only 21 rooms this hotel is full of elegant charm and comfort.  It’s the perfect place for us to stay for the next three nights of our tour of the Cotswolds.

We have arranged for you to join us for dinner at our hotel’s award winning restaurant.

Stratford-upon-Avon, a medieval market town on the River Avon, is of course the home of Shakespeare the most famous writer in the English language.  Known for his sonnets and plays such as ‘Romeo and Juliet’ and ‘Hamlet’ we take this morning to visit the place of his birth.   On arrival, we’ll be joined by our local guide who will lead us through the town as we visit its main attractions.  We’ll have plenty of time for lunch (on your own) before we head off to Coughton Court.

Surrounding the 16th century house, the gardens of Coughton Court are full of interest.  At the side of the house we find a white garden of clematis and perennials and an award winning rose labyrinth.  At the rear of the house we find formal beds planted with roses and perennials.  Some of the signature plants in summer are simple repeated plantings of roses, alliums, tulips, geraniums, violas and alchemilla whilst the plantings in the herbaceous border are more sophisticated in choice of plant and color palette.

We have arranged for you to join us for dinner at our hotel’s award winning restaurant.

An arts and crafts masterpiece set on 10.5 acres, Hidcote Manor is one of Britain greatest gardens by far. It’s owner, the American plant collector Major Lawrence Johnston started building a garden after the World War I.  He took inspiration French and Italian gardens styles and created walks, hedges and outdoor rooms or compartments each with a different character.  Unfortunately we cannot be sure of the plants that Johnston used in his original planting scheme.  What we do know is that over the years, Johnston made many new plant introductions and rediscovered many forgotten species many of which now bear the Hidcote name such as the Campanula latiloba ‘Hidcote Amethyst’ which has pride of place in the cottage garden.

No garden tour to the Cotswolds is complete without a visit to Chipping Campden.   In the middle ages, Chipping Campden was a rich wool trading center and is now notable for its elegant high street lined with honey-colored limestone buildings  dating from the 14th to 17th century and which typify the Cotswolds. Today, although the town is an important tourist destination,  it retains much of its original character and charm.  We will have a pub lunch here before leaving to visit Kiftsgate Court, our second garden of the day.

Mention Kiftsgate Court to anyone and roses immediately spring to mind, especially the eponymous Rosa filipes ‘Kiftsgate’.  Kiftsgate Court house was built in the late 19th century on a magnificent 6-acre site.  The 4-acre garden for which it has become famous was created just after World War I.    Surrounded by three steep banks, the garden is in full color in June and July and scent from old and new species rose lies heavy in the air.  Kiftsgate is all about texture and the use of color and our tour is timed to experience the garden at its best.

After a full day of garden visits, we return to Greenway Hotel with enough time to rest before dinner.   We have arranged for you to join us for dinner at our hotel’s award winning restaurant.

After breakfast and checkout, we leave the Greenway Hotel and start our way back into London.  On the way we’ll visit three exceptional gardens.  The first is Snowshill, the work of its owner Charles Wade, an architect and devotee of the Arts and Crafts movement and good friend of Lawrence Johnston.  The Cotswold stone Manor house was bought and restored by him in the 1920s and bequeathed to the National Trust on his death and became the National Trust’s first all-organic garden.   Built on a two-acre steep slope the garden is made up of a series of rooms.  Keeping with his architectural background he believed the garden plan to be more important than the flowers in it.  Despite this, the garden includes formal lawns, colorful borders and water features.  Snowshill garden is a difficult place to describe in words, it just has to be visited!

Daylesford is a Georgian manor house built in the Anglo-Indian style.  The garden was originally designed by John Davenport and features sweeping lawns, woodland, a walled garden, an orangerie and lakes.   The topiary here echoes the Anglo-Indian theme of the house and the original combination of semi-natural parkland and more formal areas has been retained to great effect.  On our way to Pettifers we’ll stop off and have lunch at a traditional English pub.

Behind a 17th century house we find a superb garden set in a stunning landscape.  Pettifers is a plantsman’s garden with deep borders with planting of tulips, alliums grasses and perennials and providing interest from spring to autumn.  There is a paddock with an avenue of camassias (Indian hyacinths).  Many plants found in this garden are rare and unusual and will be of great interest to all who visit.

At the end of the day we’ll travel back to the Doubletree by Hilton London Victoria in central London for the last night of this tour.  Make you own arrangements for Dinner.

Checkout of the hotel will be 12 noon.  For those staying in London or who want to extend their tour just a little longer we include an optional complimentary short trip this morning between 0900-1200 to visit the recently reopened Temperate House at the world-famous Kew Gardens (minimum of 10 people).    The Temperate House is said to be the largest remaining Victorian glasshouse in the world and is home to a collection of rare and threatened temperate zone plants.   We return to the hotel mid-afternoon to say farewell to you in time for your onward journey.

Click on the tab above for a detailed tour itinerary.  For practical information, visit our FAQ page and our Bookings Conditions. Please Contact Us if you have any questions or comments or visit our Home page for more of our superb British garden tours.

This tour is guaranteed to depart:

If you want to secure you place on this tour you can choose to pay now in full. We accept all major credit cards.  Before you go ahead and book your tour online, please carefully read our Booking Conditions. Once we have the required numbers to run your tour you will receive further information from us.  In the unlikely event that your tour will not proceed, we will refund your payment IN FULL. 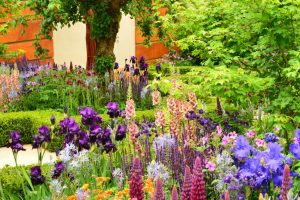 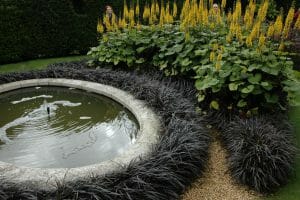 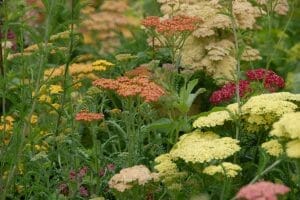 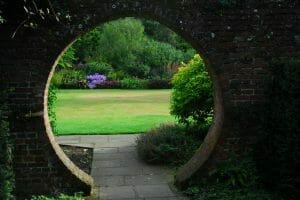 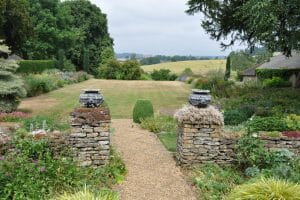 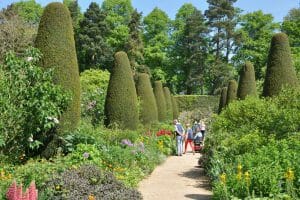 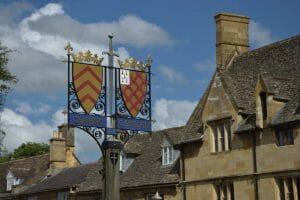 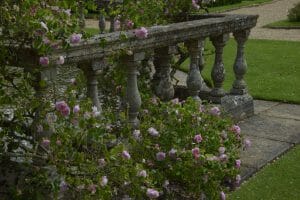 This website uses cookies to improve your experience. We'll assume you're ok with this, but you can opt-out if you wish.Accept Reject Read More